Contrary to what popular culture would lead us to believe, angels are not humans who have died, gone to heaven, and got retrofitted with a halo and a pair of wings. Angels are heavenly beings, created by God and completely distinct from humankind.

Angels are charged by God with various tasks, including sending diving messages, protecting humans, and fighting the forces of evil.

Though angels can appear in the form of humans, such as when three angels visited Abraham in Genesis, angels are less likely to look like this: 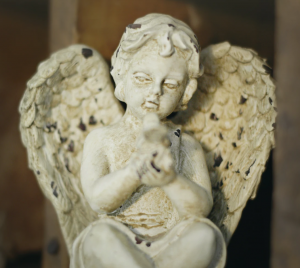 Which makes the idea of cherubim guarding the entrance to Eden much more intimidating.

Do you have any other questions about angels or anything Episcopal-related? Click the button below to suggest a topic for another What Why Wednesday!